Souad Abdel-Rahim. Deputy for Ennahda in Tunisia's Constituent Assembly (CA), which has the majority in the CA.
She has a history of activism. When at university she was a founding member of the Islamist student union UGTE. When Ben Ali felt threatened by the union six years later she was arrested and imprisoned for 15 days. Being the only female Ennahda deputy member who doesn't wear the veil she sees herself as a reminder of a moderate stance the party promised in the elections. She hopes to acquire women's rights in the constitution which is currently drawn up although some of her comments towards single mothers have been controversial. 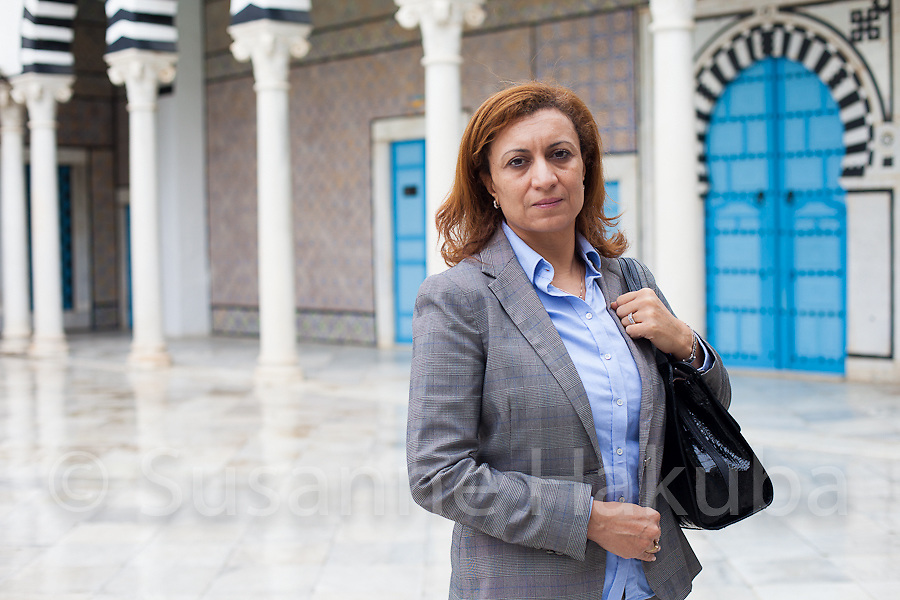