Femen Tunisia is inspired by Femen Ukraine and its courageous actions, however, due to Tunisia being a conservative society their actions don't include nudity. While Femen Tunisia aims to improve the situation of women in a patriarchal society through brave and unique actions it hopes to help to create a just society for both genders. Recently, Femen Tunisia has been the target of defamation attempts by a publication which is close to the ministry of interior.

For Nissaf political participation of women is not only vital but also natural - every women should be informed and have an opinion on what is happening in the country. Being an activist and freeing herself of the labels which are attached to a women in Tunisia has been a gradual transformation for Nissaf. Seeing more and more Islamists slogans on walls around Tunis calling for women to wear the veil for instance make her worry about the future of Tunisia's women. 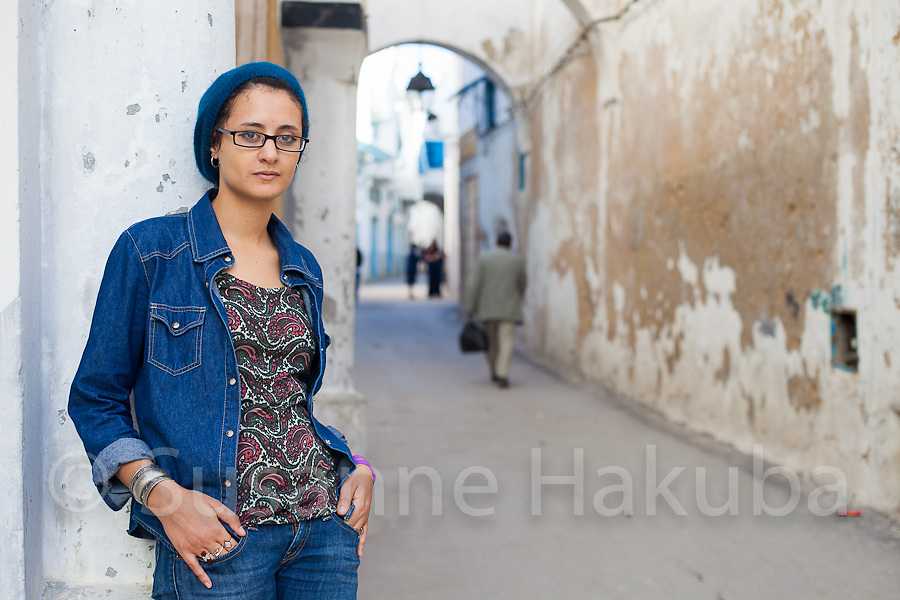